Iryna Sushko is a Ukranian mathematician. She lives in Kyiv, where she studied and now is a researcher in the National Academy of Sciences of Ukraine. But she has many research contacts with Italian scholars. After the Russian invasion of Ukraine she always remained at home, in Kyiv, and she even continued to carry on her research projects 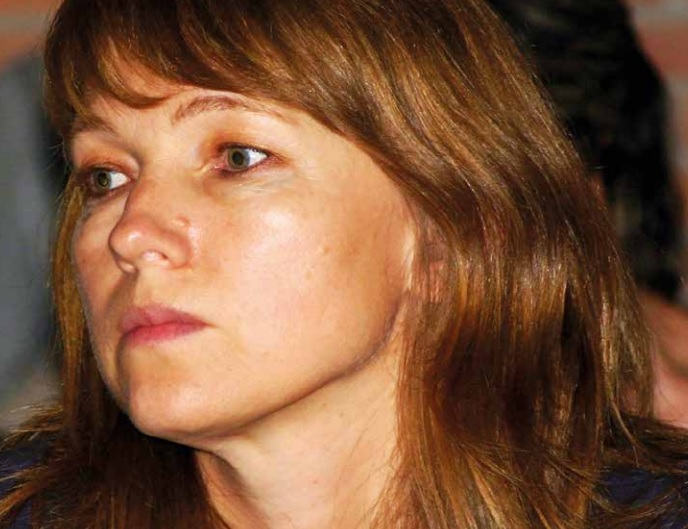 When I started my service as a researcher in mathematics for economics at the University of Urbino (Italy), in November 1994, the first person I met in my new office was a young mathematicial from Kyiv, Iryna Sushko, who was spending a period ad a visiting researcher to develop a project on the qualitative theory of dynamical systems. She told me that her supervisor was the Ukranian mathematician Olexandr Sharkovsky, a surprise for me because this name is related to a famous theorem concerning discrete dynamical systems. Then Iryna came back to Urbino several times, for conferences and workshops as well as research fellow thanks to European grants. She now knows quite well Italian language, as she can read Italian novels without needing any translation.

Since the beginning of the war in Ukraine, she stayed at home in Kyiv, and she experienced day by day the difficulty to live in a city under attack

I well remember that April 1 was the first day without explosions, which we have heard constantly since February 24, because our apartment is located on the north-western border of Kyiv, not far from the now world-known cities Irpin and Bucha, which were occupied by Russians from the first days of the war. Now the life in Kyiv is normalising. Even if air raid sirens and missile attacks still happen (like the one a few days ago when 4 missiles damaged a railway car repair plant), we try to live a normal life. Everything we need for everyday life is now available: food, electricity, public transport, etc., and we even see greenery planted by public utilities, several theatres reopened. Many Kyivites are back home (in the first days of the war, about half of Kyivites, 2 million, left the city). Almost all Embassies, including the Italian one, have also returned to Kyiv. As for the damages, in Kyiv the situation is not as terrible as in Mariupol, Kharkiv and many other Ukrainian cities and villages. Here, in Kyiv, about 400 buildings were damaged (among them the apartment where my daughter lives). Clearly, almost everything that is destroyed can be rebuilt, it is a matter of time, money and hard work, but the most terrible fact is that nothing is able to bring back the thousands people already killed in this war.

– How did you spend the last three months, and what about the future?

The first days of the war were the worst. Early in the morning of February 24, we were awakened by the sounds of explosions, and then the main feeling was shock: “This cannot be true,” as if we were in a nightmare without the opportunity to wake up. We saw clouds of smoke on the horizon after the explosions (we live on the 14th floor), traces of rockets in the blue sky in the direction of Kyiv airport. Many of our relatives and friends (mostly with small children and elderly parents) left Kyiv. For various reasons, my husband and I decided to stay at home, having everything ready to run away quickly if the situation worsens. During these first days I was constantly chatting with my friends, colleagues and even unknown people from all over the world, who were expressing their support and offering help. One of the basic feelings of those days and also now is that I’m really lucky to have such wonderful friends. On a more general scale, I am very grateful to the many wonderful people in the world who support Ukraine, and I am proud that we Ukrainians are so strong, able to organize ourselves to help each other and the country in such a difficult time. All this supports my belief that Ukraine will win.

– Can you quote some episodes that gave you some relax in this period?

For me now the most useful in this sense are walks in parks and forests where it is allowed (our favorite forest is still not suitable for walking, because of mines and unexploded ordnance). At the moment, my interest in other activities is completely lost.

– Could you make some research work in this period?

Yes, step by step, thanks to my colleagues, especially to Laura, I’m now back to the research work. In a week I’m going to participate online and give a talk at the European Conference on Iteration Theory in Austria. I’m also planning two more scientific meetings, the International Conference on Difference Equations and Applications in July in Paris and the Workshop on Dynamics Models in Economics and Finance in September in Urbino. I hope to be able to participate in these meetings not online but in person. It would be great to meet my colleagues and friends again. 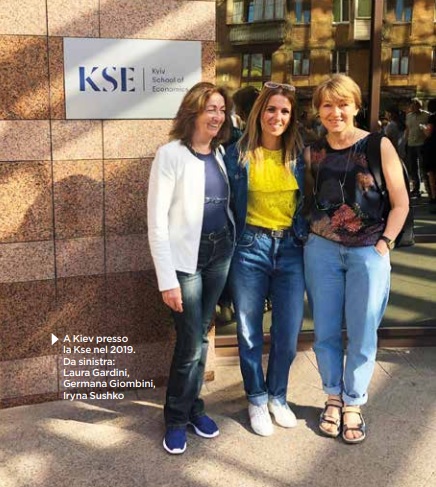 – Can you explain something about your research field?

I’m scientific researcher at the Institute of Mathematics, National Academy of Sciences of Ukraine. My research field is related to nonlinear dynamical systems. I would say that I’m very applied mathematician: I’m interested in the application of various tools and methods of nonlinear dynamics in economics, finance and other fields, and this gives me the opportunity to collaborate with great researchers from these fields. For many years, Laura Gardini from the University of Urbino has been my best collaborator: we have worked together on many interesting projects, published a lot of papers, organised several conferences, etc. Moreover, Laura is my very good friend. In fact, I’m not sure that without her constant support and inspiration, I would have continued to work as a scientist. Laura introduced me to the wonderful Italian research community known as the MDEF group, http://www.mdef.it/, and I’m happy to collaborate with many researchers in this group. They say that I’m already an honorary Italian because of long-lasting research contacts with Italian scientists, and I’m really proud of this title. As for my best colleague in Ukraine, it is Anastasia Panchuk, who works in the same department of our institute and has research interests that are very close to mine. We collaborate not only with Italian mathematicians and economists, but also with American, Austrian, German, etc. We also had Russian co-authors but now our collaboration is suspended.

– What about lessons at Universities and Schools in Kyiv?

At the Kyiv School of Economics, where I teach a course on Mathematics for Economists, the study process has been suspended for a month and now it is continuing online. A few days ago I gave my first lecture. It was a great pleasure to chat to such strong and well-motivated students. I know that other universities in Kyiv also continue to teach online.

– Why did you decide to remain in Kyiv?

My husband cannot leave the country due to martial law. Moreover, he doesn’t want to leave (he works for a company producing food for the military). He tried to persuade me to leave Ukraine given that I had received several generous invitations offering not only place to stay but also university positions, such as the one I received from Laura Gardini offering a position at the University of Urbino. I’m really grateful for all these offers. However, I could not even imagine leaving my husband alone in such horrible circumstances. We could have moved to a safer western part of Ukraine, but decided to stay at home, in Kyiv. As I see it now, there were rational and irrational arguments for this decision, among which the main argument was the irrational belief that Kyiv would not be occupied.

The Kyiv School of Economics, together with Ukrainian businesses and state-owned companies, have launched a humanitarian aid campaign for Ukraine. The aim is to provide food supplies, transportation, refugees help for Ukrainian citizens affected by the war and purchase necessary medicines, first aid and protective kits for the State Emergency Service of Ukraine, Ukrainian Paramedic Association, and the Ukrainian Territorial Defense Forces to shield them against Russian aggression: https://kse.ua/support/donation/